The Modern World is Not a Place for Butterflies

But there's a problem. We have fractured these urban networks, and rebuilt much more dispersed, “dendritic” systems, connected not by pedestrians, but by automobiles, dispersed suburban campuses and parks, and single-family monocultures, supplemented by telephones and now, computers. The majority of us lives in encapsulated houses, in encapsulated neighborhoods, and travel in encapsulated cars to encapsulated work places, stores and other destinations. - Michael Mehaffy

Has humanity entered an everlasting stage of encapsulation, like pupae never entering the stadium of a butterfly, free and full of colors? We know what happen with a pupa not leaving its pupae; it dries out, missing its higher purpose of life. Well, I'm sad to say I think this is what our societies have become today. Probably even more in Norway, as we are more encapsulated because of our climate.


Why did this happen? Of course, because of ideology, with Le Corbusier as a main inspirational.

It's a sad truth, but for modernist ideology to survive it needs to cut all bounds between people, nature and tradition. What is left is technocracy, a shallow, false and withered replacement of true community. The Scandinavian welfare state is a good (sad) example.


By suppressing local particularities and turning distinctions and differences into injustices inclusiveness suppresses self-organization, and therefore social spontaneity and voluntary initiatives of all kinds.

For that reason inclusiveness requires suppression of local initiative and self-rule. Those things are unjust from the standpoint of social justice in any event. If I do something that benefits brother Bob, that’s unfair because cousin Dick and uncle Harry get left out. More generally, informal arrangements like mutual assistance based on local networks and moral codes make the benefits of social life depend on group membership. That’s obviously unjust, so such arrangements must be destroyed.

That’s one reason schools teach children to throw off parental, communal, and religious authority. Those authorities aren’t based on liberal principles, and they lead to particular local connections that don’t benefit everyone equally. It’s also one reason antidiscrimination laws force institutions to treat the attack on traditional and natural authorities as part of their reason for being. (If they don’t insist on their total commitment to “celebration of diversity,” they’re likely to get sued.)

The natural result of such policies is degradation of functional communities and families. Our rulers view that as a good thing. It eliminates competitors to the liberal state, frees individuals from traditional bonds that are understood as irrational and discriminatory, and clears the ground for a truly rational and just ordering of society. - James Kalb

Yes, I'm encapsulated into the straitjackets of the welfare state and the liberal market, so I don't need anyone anymore, and nobody needs me. The networks of old times are gone, community is replaced by experts. Local initiatives and self-rule is ruled out. This in spite of that every natural system is self-organized, and real science, not the quasi-science of the liberalist state, states this.


Within this promising field, no topic is likely more promising than “self-organization” — the ability of complex adaptive systems to grow, order, and organize all by themselves, without any master controller. We observe this phenomenon at work in complex termite colonies that lack architects and blueprints, in biological cells organizing and differentiating into organs without any additional controls, and as we now see, in the very processes that gave rise to life itself. - Michael Mehaffy and Nikos Salingaros

A system that is not self-organized is not resilient; it cannot be whole and is heading for collapse. A state that tries to organize its citizens, not helping the citizens to organize themselves, is tyrannical, not biological and organic. It's NOT permaculture! I think we here see the main reason why the world's governments are so reluctant to incorporate permaculture, they will lose their power and their ideologies will lose their glory. They will hate to see you free from their encapsulating threads, revealing yourself in all your hidden colors, dancing in the air like a butterfly. For the corporate welfare state this is the worst of their nightmares come true.

The dependency on a welfare state has taken away the responsibility the single person felt for his nearby community. This is no defense for liberalism, which only replaces the welfare state with dependency on private institutions performing the same services, but where you in addition is bound to a rat race. Responsibility and community must be organically if it shall not develop into a passive and mechanistic relationship between state and citizens. - A. Viken

My skills and experience—as a facilitator, as a trainer, as a legal professional and as someone linking different communities and movements—were all targeted in this case, with the state trying to depict me as a ‘brainwasher’ and as a mastermind of mayhem, violence and destruction. . . . It is clear that the skills that make us strong, the alternatives that reduce our reliance on their systems [emphasis added] and prefigure a new world, are the very things that they are most afraid of. - Leah Henderson

While the main purpose of the welfare state is to implement dogmas like "inclusiveness" and "comfort", the highest of all liberalistic dogmas is largely left for the market. This is fulfillment of desire. Gifts have not a place in a world of desire, not the gifts from the shopping mall, but gifts of dependence. To be dependent is after all not such a bad thing.


Com­mu­nity is nearly im­pos­si­ble in a highly mon­e­tized so­ci­ety like our own. That is be­cause com­mu­nity is woven from gifts, which is ul­ti­mately why poor peo­ple often have stronger com­mu­ni­ties than rich peo­ple. If you are fi­nan­cially in­de­pen­dent, then you re­ally don’t de­pend on your neigh­bors—or in­deed on any spe­cific per­son—for any­thing. You can just pay some­one to do it, or pay some­one else to do it.

In for­mer times, peo­ple de­pended for all of life’s ne­ces­si­ties and plea­sures on peo­ple they knew per­son­ally. If you alien­ated the local black­smith, brewer, or doc­tor, there was no re­place­ment. Your qual­ity of life would be much lower. If you alien­ated your neigh­bors then you might not have help if you sprained your ankle dur­ing har­vest sea­son, or if your barn burnt down. Com­mu­nity was not an add-on to life, it was a way of life. Today, with only slight ex­ag­ger­a­tion, we could say we don’t need any­one. I don’t need the farmer who grew my food—I can pay some­one else to do it. I don’t need the me­chanic who fixed my car. I don’t need the trucker who brought my shoes to the store. I don’t need any of the peo­ple who pro­duced any of the things I use. I need some­one to do their jobs, but not the unique in­di­vid­ual peo­ple. They are re­place­able and, by the same token, so am I.

To forge com­mu­nity then, we must do more than sim­ply get peo­ple to­gether. While that is a start, soon we get tired of just talk­ing, and we want to do some­thing, to cre­ate some­thing. It is a very tepid com­mu­nity in­deed, when the only need being met is the need to air opin­ions and feel that we are right, that we get it, and isn’t it too bad that other peo­ple don’t … hey, I know! Let’s col­lect each oth­ers’ email ad­dresses and start a list­serv!

Com­mu­nity is woven from gifts. Un­like today’s mar­ket sys­tem, whose built-in scarcity com­pels com­pe­ti­tion in which more for me is less for you, in a gift econ­omy the op­po­site holds. Be­cause peo­ple in gift cul­ture pass on their sur­plus rather than ac­cu­mu­lat­ing it, your good for­tune is my good for­tune: more for you is more for me. Wealth cir­cu­lates, grav­i­tat­ing to­ward the great­est need. In a gift com­mu­nity, peo­ple know that their gifts will even­tu­ally come back to them, al­beit often in a new form. Such a com­mu­nity might be called a “cir­cle of the gift.”

For­tu­nately, the mon­e­ti­za­tion of life has reached its peak in our time, and is be­gin­ning a long and per­ma­nent re­ced­ing (of which eco­nomic “re­ces­sion” is an as­pect). Both out of de­sire and ne­ces­sity, we are poised at a crit­i­cal mo­ment of op­por­tu­nity to re­claim gift cul­ture, and there­fore to build true com­mu­nity. The recla­ma­tion is part of a larger shift of human con­scious­ness, a larger re­union with na­ture, earth, each other, and lost parts of our­selves. Our alien­ation from gift cul­ture is an aber­ra­tion and our in­de­pen­dence an il­lu­sion. We are not ac­tu­ally in­de­pen­dent or “fi­nan­cially se­cure” – we are just as de­pen­dent as be­fore, only on strangers and im­per­sonal in­sti­tu­tions, and, as we are likely to soon dis­cover, these in­sti­tu­tions are quite frag­ile. – Charles Eisenstein

To free ourselves from our encapsulations, our hard and dry pupae capsular, we need to get rid of the corporate welfare state and the liberal market. I'm sorry, we have no choice. Of course, this will be a hard process, as our pupae capsular has grown thick and resistant. Leaving the "technologies of death" behind, the dead capsular, entering the technology of life. What is awaiting us is a world of connections, gifts, self-organization, true communities and relationships, love and life. The world of a butterfly! 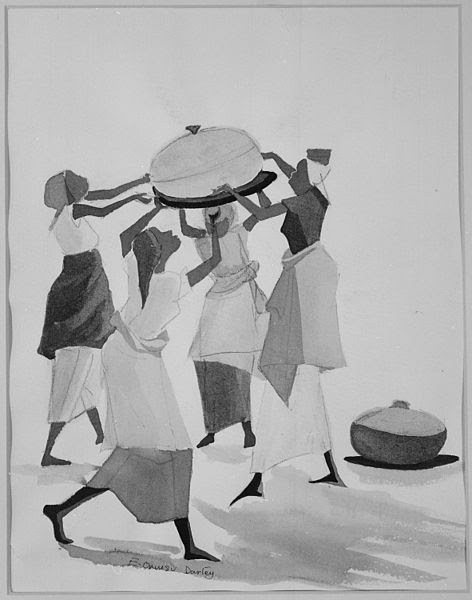 Republished at the P2P-blog with the title: Beyond separative modern urbanism: looking for the connective design that’s already ‘out there’


Traditions differ, since they arise locally in response to events and the situ…
Post a Comment
Les mer...