A Physical Basis for Religious Awe

After a lecture of mine, I once heard an architecture student say, "I still don't see why all this has been discussed. Isn't it enough to understand the nature of living structure thoroughly, and try and make life in our buildings? Why do you insist so strongly on the fact that we also need to change our picture of the universe? I have a picture of the universe which is quite flexible enough to contain the idea of living structure".

I did not find myself in agreement with this comment. In my mind, what is most important about the picture painted in these four books is that indeed, our present picture of the universe can not contain the idea of living structure, because it contains no natural way of including the idea of value in the idea of space. What I have constructed, on the other hand, has the idea of value in an a natural way – first in the relevant intensity of different elementary centers as part of the definition of wholeness, and then with more and more depth, as centers are built from living centers, to give structure of real, deep, significant value by essential the same idea. In this picture, value resides in the structure and is part of the structure. Value is written in the same language as the rest of the structure of space-time, and the life of the centers arises from the fabric and structure of space itself.

In this conception, value is not something merely grafted onto space, as a passenger might be who carries no weight and does no work. It is part of the same nearly mechanical picture of space that we have come to believe in, and respect, and trust. Yet, at the same time, in a most subtle way, it is also not-mechanical. After all, what we observe is life emerging from space, as we might say "out of the very foam of space".

It is a structure, we can (tentatively) calculate with it, and it fits our structural understanding of space and matter. Yet it creates a bridge to life, feeling, and to our own experience of what it is to be a person: the self, which all of us contain, and are connected to.

That is the structural meaning of what I have described.

George Wald, in the paper quoted earlier, where he says that all matter is ultimately mindstuff, balks at making any particular connection between space and matter. He writes, in one place, "Consciousness is altogether impervious to scientific approach"(42). And later, "Though consciousness is the essential condition for all science, science cannot deal with it"(43). Thus, in spite of Wald's fervent belief in the existence of consciousnesses (or mind, or self), he insists that it is impenetrable, not connected to structure of space and time as we observe them as a structure.

Yet what I claim is precisely that it is connected to structure. I claim that the field of centers, or some version of it, is a recursive structure in space, which does precisely serve the function of being the bridge between matter and consciousnesses, between matter and mind; and that it is, indeed, when these extraordinary living structures arise in space, that mind awakens, that space and matter open a window to the mind, and that the great self behind all things actually comes within our experience and our reach.

I believe that one day it will be possible to demonstrate an experimental connection, where it will be shown exactly how the field of centers does open a door between space and self, and how, ultimately then, self and matter are permanently intertwined through the construction of the mechanism.

A traditional scientific view, held by many during the 20th century, has been that mechanical pictures of matter, can be consistent with any spiritual view of God or consciousness because the two (matter and consciousnesses) inhabit non-communicating intellectual domains. Such a dichotomy may have been a source of comfort to positivists. But, scientifically speaking, it allows us to get no mileage from the co-presence of the two.

Indeed, I believe continued insistence on the compatibility of the two ("because they do interact") is almost tantamount to denying any real and useful interaction, and thus inhibits intellectual progress. Polkinghorn, for example, said at one time that everything is OK as it is, and that it is easy enough to reconcile a materialist conception of matter with a spiritual conception of life(44). All this really said was that we have no understanding of the connection, and that – from an intellectual point of view – there is no interaction. But in view of the mechanist predisposition which is common in our time, and the fact that all practical understanding is mechanical in nature, this means, too, that we have no picture in which self and matter can be coupled: therefore no real way of believing that they are coupled.

Even though Polkinghorne and the student who was speaking to me may believe the present world-picture is adequate to contain both, I believe it is not so. This broad-minded, intellectually catholic opinion is mistaken. The two views, in their present form, cannot coexist successfully. Even today, we continue understanding the degree to which we are prisoners of the present mechanistic cosmology; we have a strong tendency to underestimate the effect that this interior mechanistic view can have on us.

Consider for example, three elementary facts: (1) in our immediate world, at normal temperature and pressure, nearly everything is made of atoms; (2) atoms are little whirling mechanisms which are spinning constantly; (3) people are largely made of atoms too.

Nearly every schoolchild learns these facts in school. We all learnt them. They are, by now, virtually a part of us. Probably we learned them when we were eight or nine years old. As a result, in the western world at least, there are few people alive who do not believe ("know") that they are mechanisms made up of millions of tiny whirling mechanisms.

In case this seems like an exaggeration, or that people do not really believe these things literally as as being the whole picture, consider the first paragraph of a recently published book, THE ASTONISHING HYPOTHESIS, by the eminent molecular biologist Francis Crick, co-discoverer of the helical structure of DNA: "The astonishing hypothesis is that you, your joys and your sorrows, your memories and ambitions, your sense of personal identity and free will, are in fact no more than the behavior of a vast assembly of nerve cells and their associated molecules..."(45)

At first one might find it surprising that such an eminent scientist should put forward such a crass-seeming reductionist view without flinching. But it simply underlines my point that all of us are susceptible to this oversimplification, so long as we have nothing to replace it with. It is a mark of Crick's honesty and intellectual rigor that he faces the real meaning of the present cosmological scheme and does not try to duck it with pious phrases. Without having access to another structure, so that the structure of matter itself leads to a different view, it seems to me that anyone honest must reach the same conclusions Crick has reached.

But if you believe Crick's mechanized reduction is accurate, how can you take seriously the kinds of ideas which I have described about the life of buildings, and walls, and rooms, and streets? The answer is, you cannot. You cannot, because if you believe the three elementary-school facts, then mentally, you are still living in a universe in which nothing matters, and in which you do not matter. And then the life of the environment is not real either.

Ideas about the personal or spiritual nature or reality, no matter how desirable they seem, cannot affect you deeply, even if you think they do, until they can be embodied in some new picture which leaves the facts of physics intact, and also paves the way to a more spiritual understanding of the world by an extended structure which brings in these larger matters clearly and explicitly.

Armed with this view, we can unite our personal intuition of religious awe with our sensible scientific understanding of the world. It becomes all one, it all makes sense together. Life and religion fall into place and fit together with physics as necessary consequences of the structure of the world – that is, of the way that matter-space is made.

And in this view, the work of building takes on entirely new meaning. It changes in a fundamental way, because we understand what we are doing differently, and realize that our work as builders – through the forms described in this book – place us in an entirely new relation to the universe.

In this universe, the human self, yours and mine, are indistinguishable, in their substance, from the space and matter where the play of forms occurs. When we make something, its selfness, its possible soul, is part and parcel of our own self.

There is, then, something very like a religious obligation to allow this self to reveal itself. It is our task, as architects, as artists, as builders, to make this stuff, this matter of the universe, reveal itself most fully. This metaphysical obligation will stem directly from our renewed understanding of the substance of the universe. It does not arise merely from our desire to be comfortable, from our desire to avoid alienation. It arises as a supreme spiritual obligation, which is our obligation to the matter/spirit we ourselves are made of.

This feeling, though modern in its form, is, in its essence, similar to the medieval mason's desire to make each stone as a gift to God.

But it arises, now, not as a religious or superstitious belief, but as a result of a new understanding of the structure of the universe. – Christopher Alexander, The Luminous Ground, page 332-334


Published at P2P-Foundation on September 2, 2012: The space of value, or the role of value in space: a physical basis for religious awe?
Biofilia Christopher Alexander English Kunst og kultur Spiritualitet/etikk/filosofi 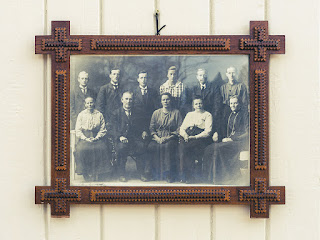 COMING HOME: E.F. Schumacher & the Reinvention of the Local Economy

This is one of the best documentaries about Community Supported Agriculture, Community Land Trusts and Community Currencies! COMING HOME: E.F. Schumacher & the Reinvention of the Local Economy from Christopher B. Bedford on Vimeo . “COMING HOME: E.F. Schumacher and the Reinvention of the Local Economy, is a new 37 minute film that tells the story of a series of revolutionary innovations by the community of Great Barrington, MA to address, at the local level, some of the economic challenges of our nation’s current hard times. In 1973, British economist E.F. Schumacher wrote “Small is Beautiful – Economics as if People Mattered”, – a book that offered a vision of an economy driven by a desire for harmony, not greed; a local economy based on community and ecological values, not global financial derivatives. In the 1970s, “Small is Beautiful” helped launch a back-to-the-land movement that is the ancestor to the Local Food Revolution of today. For the last three decades, th 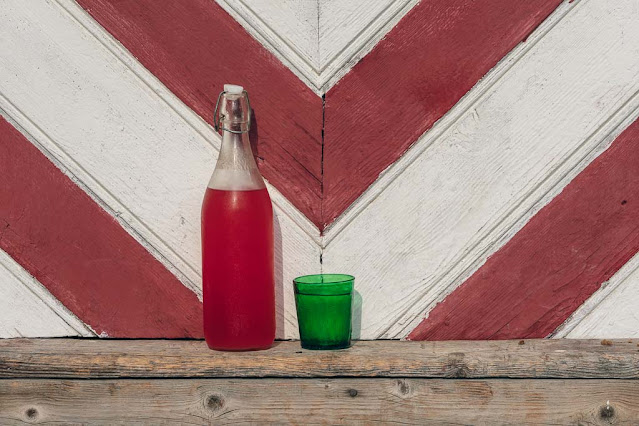