Another consideration is that we need to be able to operate our current vehicles using a liquid fuel, made with electricity, because of the time and materials involved in switching over to electric vehicles. This requirement likely reduces the maximum cost of electricity even below four cents per kWh. - Gail Tverberg

Oil price is currently $36.10. This mean Norway earns NOTHING on its oil production. The only hope we have left to keep our famous welfare state is to protect our low electricity prices from renewables, of which 97% is from hydro. For the moment the price for industry is about two cents per KWh, or about the half of what Tverberg recommends.

The combination of low renewable electricity prices, a weakening N.Kr. + a lot of engineers losing their jobs in oil- and oil related industries, makes Norway very attractive for international industry. Recently a factory making parts for Volvo moved its production from China to Norway.

In this situation Norway is about to construct several power transmission lines for electricity to England and the European continent. This is absurd, like suicide. This will raise electricity prices in Norway to continental levels, and we'll lose our last advantage. This means the end of the Norwegian welfare state!

This destruction of our welfare state, our children's schools and their future, cannot be tolerated. All construction of power transmission grids for abroad must be stopped, and all existing export grids must be cut off!

I highly recommend to read the whole post of Gail Tverberg, a Norwegian-American from Voss, to get the whole picture!

- We are at Peak Oil now; we need very low-cost energy to fix it 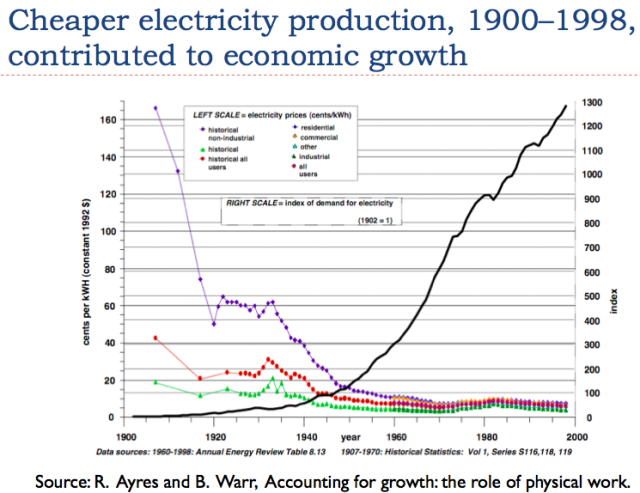 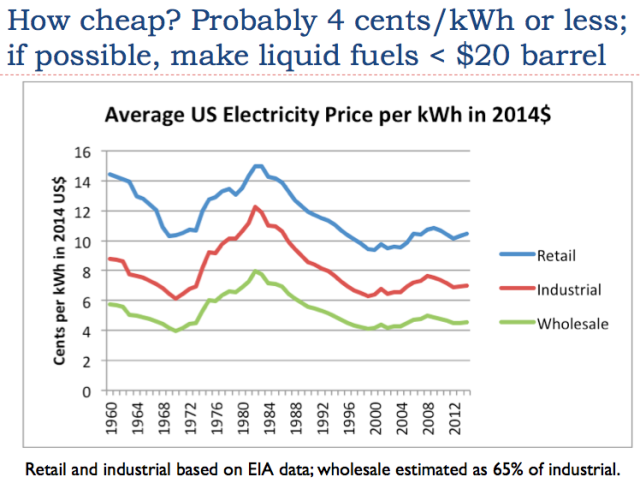 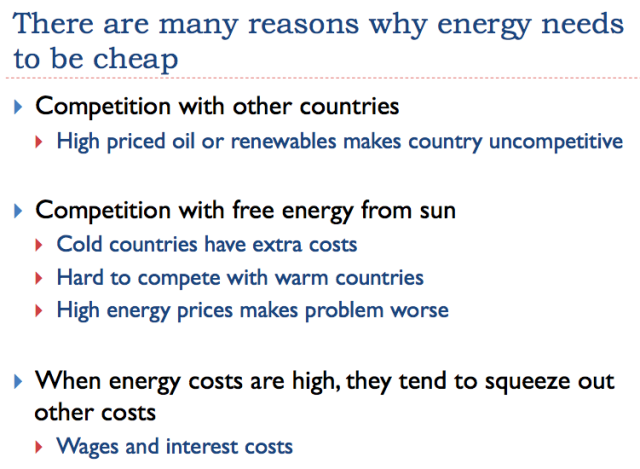 A response from Gail Tverberg

Industry goes where industrial energy prices are cheapest. I know that Norway has been charging residential users high prices–perhaps because people have such high salaries in Norway. But if they can charge industrial users less than two cents per kWh, then that becomes the “price to beat.” No industry is going to move to a country with 20 cent per hour electricity, if electricity is available for less than 2 cents an hour elsewhere. - Gail Tverberg

What it Means to be an Alexandrian

Of course, there exists a fundamental disagreement between my group of architect/philosopher friends, many of them Alexandrians (after Christopher Alexander), and most contemporary architects and academics. We believe that architecture is an extension of human cognition and symbiotic interaction with the environment. The latter group, on the contrary, believe in severing this millennial connection so as to create a hostile inhuman environment that expresses certain human psychoses. Contemporary architects don’t quite put it in this way, but either they are being dishonest, or they are fooling themselves. - Nikos A. Salingaros

No matter how good a house is, if it’s in a vacuum, it doesn’t work. It must rely on the synergy of lively neighborhood.
— Bill Struever

There is a vast difference between positive thinking and existential courage. — Dianne Monroe

When the needs of a system cannot be met from within itself, we pay the price in energy and pollution. - Bill Mollison

Industrial humanity’s attempted war against nature is as senseless as a plant trying to gain its freedom by pulling itself up by the roots. - John Michael Greer

Only the purpose of a coherent community, fully alive both in the world and in the minds of its members, can carry us beyond fragmentation, contradiction and negativity, teaching us to preserve, not in opposition but in affirmation and affection, all things needful to make us glad to live. - Wendell Berry

The Dream that became a Nightmare

“The cities will be part of the country; I shall live 30 miles from my office in one direction, under a pine tree; my secretary will live 30 miles away from it too, in the other direction, under another pine tree. We shall both have our own car. We shall use up tires, wear out road surfaces and gears, consume oil and gasoline. All of which will necessitate a great deal of work … enough for all.” - Le Corbusier, 1935

A Lost Opportunity for Skreia

Buy the book by Ross Chapin! Primus motor of the pocket neighborhood movement in the USA.

How the Research Council of Norway cancelled your childrens future:

Terje Bongard: No grant for MEDOSS

Alain Lipietz, a French political figure and student of the commons, traces the word "commons" to William the Conquerer and the Normans - not the English, interestingly. The term "commons" supposedly comes from the Norman word commun, which comes from the word munus, which means both "gift" and "counter-gift", which is to say, a duty.
I think this etymology gets to the nub of the commons. We need to recover a world in which we all receive gifts and we all have duties. This is a very important way of being human. The expansion of centralized political and market structures has tragically eclipsed our need for gifts and duties. We rely on the institutions of the Market and the State for everything, leaving little room for personal agency or moral commitment. And so we have largly lost confidence in what Ivan Illich called the vernacular domain, the spaces in our everyday life in which we can create and shape and negotiate our lives. - David Bollier

The Eco-Technic Civilization. Try to imagine it. If you can imagine it, you can have it! It is actually cheaper and easier to do than today's Suburban Hell.
And soooo much better. - Nathan Lewis

Cult Doctrine and Ideology Has Destroyed Our Culture!

I am convinced that humanity's salvation lies in the correct application of scientific theory to architecture. Furthermore, I argue that the so-called "theory" used up until now is just cult doctrine and ideology, which is what has destroyed our culture. - Nikos A. Salingaros

A Visit to Dyssekilde EcoVillage - Denmark

The most important book of the 20th century

Anti-Architecture and Deconstruction: The Triumph of Nihilism

“What are the ideas and aims of the current architectural elite? And what might explain why these flawed ideas have such a powerful hold on so many people? This is a stunning and deep book, as interesting for its analyses of psychology and politics as it is for its discussion of architecture.” — Ray Sawhill

The market/state-duopoly has ruined our civilization, it's time for the Commons to take it back!

The Nature of Order

". . . Five hundred years is a long time, and I don't expect many of the people I interview will be known in the year 2500. Christopher Alexander may be an exception." - David Creelman

The Battle for the Life and Beauty of the Earth: A Struggle Between Two World-Systems

"The builders of Florence, especially those building from about the year 1000 A.D. to 1500 A.D., lived and worked with an unshakable belief in God. As one looks at the works that came from their hands, God is everywhere: in the paintings now hanging in the Uffizi, in the Baptistery, in San Miniato, in the life and death of Beato Angelico living in his cell in the monastery of San Marco. For them, every stone was a gift to that unshakable belief in God they shared. It is the belief, the unshakable nature of the belief, its authenticity, and above all its solidity, which made it work effectively for them. We, in our time, need an authentic belief, a certainty, connected with the ultimate reaches of space and time -- which does the same for us." - Christopher Alexander

Today most people are fanatically indoctrinated by the religion of progress. In Norway we even have a party calling themselves "The Party of Progress" (FrP). Ironically their faith will bring us to the first global Dark Ages!

How Corporatism Conquered the World, and How We Can Take It Back

Download professor Bin Jiang's "BEAUTIMETER".
"Somehow, a person’s own self is mobilized, liberated, made more strong by that person’s success in making life in the world.
It is as if the life in the world which is created, directly nourishes the person." – Christopher Alexander (Alexander, 2001–2005: Book 4, page 269