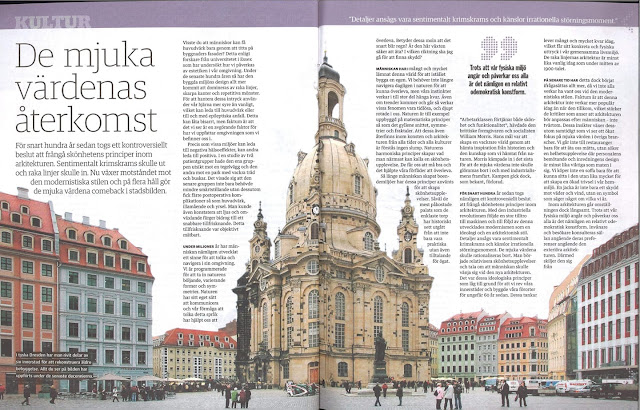 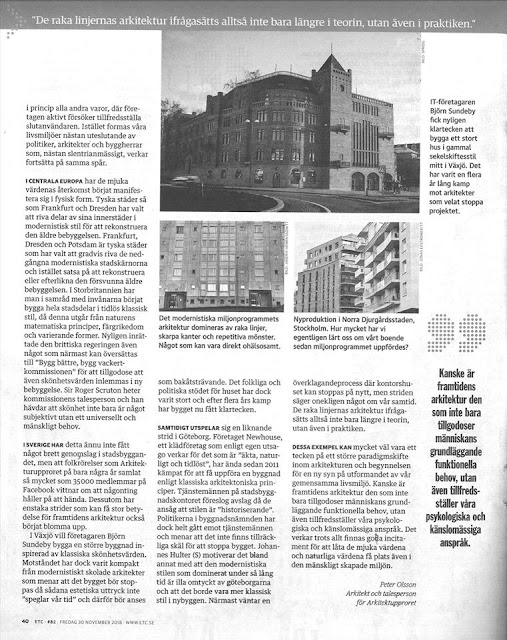 James Stevens Curl's book "Making Dystopia" sits at the top of a genre with a long pedigree: the exposure of the catastrophe of modern architecture. A very early example is Henry Hope Reed's "The Golden City" (1959), which simply placed pictures of modern architecture next to pictures of the traditional buildings it replaced. It was a knock-down punch that would have done in any industry not supported by the kind of deceit that upheld Nazi Germany - where modernism's founders learned their promotional techniques. The author has the relationship between the Nazis and the modernists down cold. The facts have been kept in dark closets for many years by a design clerisy afraid of their implications. Stevens Curl lets a thousand cats out of a thousand bags. It is not pretty, but it is fascinating as the solution to a mystery that has held the world in thrall for way too long.

Le Corbusier planned to demolish much of Paris to make way for his brutal skyscrapers, and held a top planning post with the Nazis' Vichy collaborators in France. Ludwig Mies van der Rohe tried to get Hitler to embrace modernism as the design template of the Third Reich. Walter Gropius founded the Bauhaus and brought the modernist virus to the United States. He was handed the leadership of Harvard's school of architecture on a platter, and he spread the poison to almost every architecture school in America and abroad. Stevens Curl focuses on uncovering the misdeeds of these charlatans, but there is so much more in his indictment.

The founders' totalitarian experiment was exported to the United States before the war but it took hold only afterward. The long-established dominance of traditional architecture ended with a whimper. Stevens Curl has the hard facts and citations to demonstrate how this came down. He describes how modern architecture was shifted from a niche design conceit reeking of communism before WWII to a symbol of democracy after WWII and used to belabor the Soviets. At the same time, he shows how traditional architecture went quietly from the establishment into the dog house in just a few short postwar years. The key was the idea that Hitler "chose" traditional architecture over modern architecture, so, with that in mind, any right-thinking postwar intellectual had to bow down in thrall to the modernists, which they did. Yet it was not really a choice but a decision to accept established design going back hundreds of years over a new architecture of experimentation. But even under the Nazis, modernism was deemed acceptable for factories and other utilitarian buildings. Stevens Curl shows how perfectly sinister this transformation was - and explains its ties to corporate profits, General Motors, MoMA and the CIA. As he demonstrates conclusively, none of it made any sense at all, and yet we now live in the dystopias caused by the world elite's devious embrace of modern architecture - even as the masses continue to hate it, as they have since it first emerged after WWI. Democracy indeed!

Other books have bashed modernism to pieces, including Henry Reed's masterpiece but also Tom Wolfe's "From Bauhaus to Our House," Roger Scruton's "The Classical Vernacular," and Malcolm Millais's "Exploding the Myths of Modern Architecture" and "Le Corbusier: The Dishonest Architect," a host of books on the neuroscience of architecture by Nikos Salingaros, and many others books since the failed postmodernist challenge to modernism. To date these books have proved incapable of dethroning the reign of modern architecture. Stevens Curl's "Dystopia" comes closer than any to telling the full story of not only why modern architecture is a gargantuan mistake, but also the reason this horrifying error has managed to maintain control of architecture's establishment for more than half a century.

There is an erudite anger to Stevens Curl's prose that speaks truth to power. He is a brave man, and the long knives are out for him among the usual suspects of the British design commentariat. Nevertheless, many who have not drunk the Kool Aid will read the book and experience the feeling of scales dropping suddenly from their eyes - even though the reality the author describes is hiding in plain sight.

I have reviewed his book at length on my blog Architecture Here and There. "Making Dystopia" has many fine lines that should place it atop bestseller lists around the world. One of my favorites: "A great language capable of infinite variety of expression, a mighty and expansive vocabulary, a vast resource based on two and a half millennia or more of civilization, was superseded by a series of monosyllabic grunts, foisted on the populace with a totalitarian disregard for the opinions of those who had not been drilled to conform.”

If this book gets the attention it deserves, it will start a revolution in the way we shape our built environment, and the result will be as vital as the discovery by mankind that the natural environment is in equal peril. It will rank with civilization's victories in defeating totalitarianism and bringing democracy to Germany and Japan after WWII, and to Eastern Europe after the defeat of the Soviet Union in the Cold War. Some will dismiss that, but the eradication of beauty from the intensely visual field of architecture - the queen of the arts - which we all must experience every day and have since childhood, has had a major saddening effect on the world, and its reversal will bring about an efflorescence of happiness. It's possible that James Stevens Curl's book will launch that revolution. - David Brussat