Let’s face it: extroverts have taken over. Highly represented among the egos who have pushed the excesses of modernity on the rest of us, they wage war on peace and quiet, war on silence, war on darkness. They push speed and razzle-dazzle, playing havoc with our senses. - Vera Bradova


I'm proud to re-post this excellent piece by Vera Bradova on my blog. It opened my eyes to why the earth is on the brink of collapse, the basic problem is extrovert people. Extroverts know no limits, and they feel no responsibility to fellow man and nature. These are the people who keep their neighbors awakened in night with loud music and parties, they fill up their gardens with disturbing lights, they drive fast and furious. They are the starchitects, our politicians and the leaders of the corporations. They know how to get all the attention, to outmaneuver the introverts, and worst of all, we are genetically programmed to vote for and hang around the extroverts. Only super-egos rule the world!

This in spite of that the extroverts are a minority. And as they have the definition power they try to label introversion as a sickness. We introverts should not tolerate this oppression anymore. It's time for the introverts to take over the world. We are the only hope for the future of humanity!

Introversion — along with its cousins sensitivity, seriousness, and shyness — is now a second class personality trait, somewhere between a disappointment and a pathology. – Susan Cain

Remember the heady days when we non-smokers finally stood up for ourselves and our way in the world? Once we linked together in awareness, once we began to empower one another and to affirm our boundaries toward smokers and their inconsiderate, stinky, illness-promoting behaviors, the world changed. I believe we are now at another such momentous juncture: introverts rising!

For too long have we been relegated to second class molluscs in the extroverts’ oyster-world. They are the ones catered to, celebrated and accommodated; we, on the other hand, are mostly invisible, sometimes ridiculed, and always expected to adapt, to assimilate, to come out of our shells, to get better at extroverting so we can blend in.

But our day has arrived. We are half! We now know that introverts comprise slightly more than 50% of the population. The stats may even edge upwards as more introverts come out of the closet. We are not some small, socially impaired minority of wallflowers and geeky recluses. The socially impaired ones are the extroverts, if you ask me in my high dudgeon, who can’t seem to get that fast talking without pauses is a royal pain, who are oblivious to the needs of half of their fellows, who not only talk too much but say too little, listen poorly, and ignore signs of distress in those who would like to have a word in edgewise. And that’s only the beginning of my shit list. Say… wasn’t it reckless extroverts who gave us the 2008 financial collapse?

Just the other day, I realized who stole my beloved fireworks. When I was growing up, the magic of the swoosh and pop then the sudden bloom of color in the night sky never failed to take my breath away. Fast forward to America: the colors and shapes are even more magnificent, the bloom morphs from one color to another… what a delight. Until I get close, get battered by the cannonade of rat-a-tat-tat boom-flash-flash-flash-boom that sends birds, dogs, cats and introverts fleeing, if not for their lives, then for their sanity. Another lovely bit of my world, trampled by the heavy hooves of the extrovert herd.

Let’s face it: extroverts have taken over. Highly represented among the egos who have pushed the excesses of modernity on the rest of us, they wage war on peace and quiet, war on silence, war on darkness. They push speed and razzle-dazzle, playing havoc with our senses. And how much of the assault on nature is really carried forward by the extroverts’ overly ambitious and aggressive ways of dealing with the obstacles they encounter? How many problems of industrial civilization are due to the extroverts’ tendency to act now and think about it later, if at all? How much has privileging extroversion along with the relentless promotion of rapturous gregariousness and compulsory optimism cost us all in health, authenticity, and integrity?

Extroverts’ hunger for more and more stimulation is depriving the rest of us of our accustomed ways of gathering energy amidst tranquility, amidst solitude. They’ve been killing “our world,” and we won’t put up with it any more!


The Atlantic published an article in 2003 that garnered its author, Jonathan Rauch, more letters from readers than anything else he’s ever published. It provided the first spark.

A quick free test for introversion/extroversion that also pegs your Myers-Briggs type.

There are several books out worth reading, none heavily recommended, but each imparting an important message. Psychologist Laurie Helgoe went to the trouble of digging up the results of the best, most recent, randomized, large group studies identifying introversion. The first group came in at 50.7%, the next at 57%. Her book, Introvert Power, is worth checking out just for that chapter alone.

Quiet by Susan Cain contains lots of research, and a scary chapter on the cult of extroversion promoted by the likes of Tony Robbins seminars, the Harvard Business School, and evangelical megachurches. Yup, dontcha know, extroverts are God’s and capitalists’ favorite people! 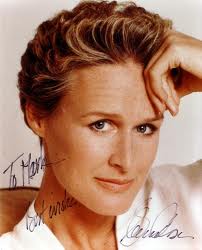 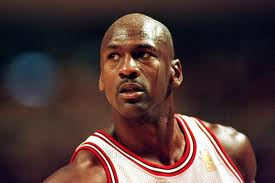